“R” is a programming language and software environment for statistical computing and graphics. The “R” language is widely used among statisticians and data miners for developing statistical software and data analysis. It is also called “GNU S” and is a strong functional language, with a big emphasis on linear and non-linear modelling, classical statistical tests, time series analysis, clustering and classification. The “R” language offers an open source to participation in the area of statistical methodology, and one of its great strengths lies in its ability to design high quality publication plots, i.e. (mathematical symbols and formulae) and secondly it is designed around a true computer language, so it allows users the opportunity to add additional functionality by defining new functions. 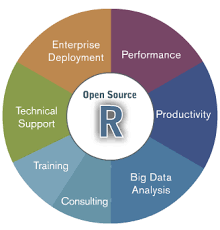 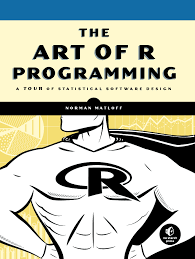 Why use the “R” language

Well it is both flexible and powerful, and really importantly it is designed to operate the way that problems are thought about, “R” is not just a package, it is a language, there is a difference it has to be said, with a package you can perform a set number of tasks – often with some options that can be varied. A language allows you to specify the performance of new tasks. One of the goals of “R” is that language should mirror the way that people think. Ok let’s take a simple example, suppose we think that weight is a function of height and girth. The “R” formula to express this is: “ weight ~ height + girth” so very simply The + is not “as in addition”, but as in “and”.

Another feature of the “R” Language is that it is vector-oriented – meaning that objects are generally treated as a whole – as humans tend to think of the situation – rather than as a collection of individual numbers. Suppose that we want to change the heights from inches to centimetres. In “R” the command would be “height.cm <- 2.54 * height. Inches”, here height. Inches are an object that contains some number – one or millions – of heights. “R” hides from the user that this is a series of multiplications, but acts more like we think – whatever is in inches multiply by 2.54 to get centimetres. Over the last decade “R” has become the most powerful and widely used statistical software, it has without doubt enhanced itself as the most popular language for data science and an essential tool for finance and analytics-driven companies such as Google, Facebook, and LinkedIn. We might explore a little bit more about “R” in my next “post”, and in the mean time we might ask Larry! 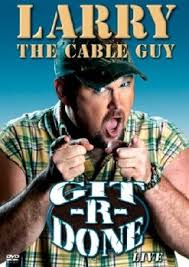